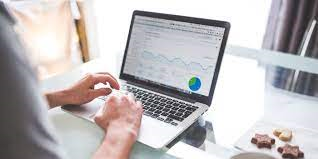 Software testing is a relatively new area in digital, whose specialists are involved in testing and checking software for possible errors and compliance with requirements. The threshold for entering testing is one of the lowest, since it requires from the future tester only minimal knowledge of theory, attentiveness and adequacy.

Who is a software tester

A software tester is a person who tests software for defects. The detected errors are subsequently corrected, but already by another specialist. After testing, the specialist prepares a report and submits it to the developers to work on bugs.

The profession appeared not so long ago, but as the IT market grows, it becomes more and more popular. Any digital project needs to go through several stages of verification in order for the consumer to receive a ready-to-use interface. Consider the main directions and options for development in the profession.

What software testers do

The profession of a software tester is not homogeneous: it is divided into several levels. Different specialists are involved in different areas of testing. Each of them has their own area of ​​responsibility, tasks, responsibilities and required expertise.

This is the very specialist who first comes to mind when it comes to testers. It looks for bugs and errors, compiles lists of problems found so developers can fix them, and checks if the development product meets the requirements. At the same time, the QA Engineer never fixes errors — only reports what needs to be changed and improved.

The project documentation specialist decides what to check and how. He knows exactly how the project should work. Organizes information to make it easier for simple testers to work with a project. The Testing Analyst is responsible for the following tasks:

As the name suggests, this is a leader. He can take part in everything, but his main role is full control over the testing processes, recruiting new specialists and solving management problems. The team leader often requires soft rather than technical skills, although he has all the competencies of other specialists.

Soon, рrofessionals who have already entered the field will retain their positions if they adapt to these changes. Those who are just planning to take their first steps should start learning automated testing. Digital does not stand still.

QA can find itself in different niches. In the development of games for consoles, computers and mobile devices, a software tester is essential. There is a lot of work in each individual project, and in general, the industry is developing rapidly and is looking for good specialists.
The same goes for mobile. According to statistics from the Pew Research Center for 2018, 59% of the adult population of the world owns smartphones. In 2017, there were nearly 3 million apps on Google Play.